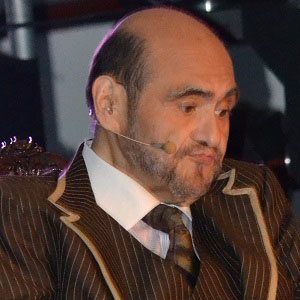 Mexican actor most famous for his roles on the sitcom El Chavo del Ocho and the sketch comedy show Chespirito. On film, he voiced Auguste Gusteau in the Spanish-language version of the 2007 Pixar film Ratatouille.

He started his career as a theatre actor in 1964.

His weight issues caused him to take a leave of absence from Chespirito in 1992. He later returned to show after having lost a significant amount of weight.

His birth name is Edgar Angel Vivar Villanueva and he was born in Mexico City.

He starred as Senor Barriga on the El Chavo del Ocho, created by Roberto Gomez Bolanos.

Édgar Vivar Is A Member Of