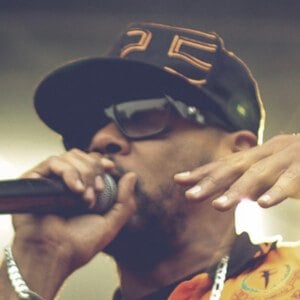 Brazilian rapper and hip hop music producer who made a name for himself as one of the founding members of the hip-hop group the Racionais MC's. He also launched a successful solo career in 1999.

He was born Edivaldo Pereira Alves and co-founded the Racionais MC's group in 1988.

In 2012 he collaborated with world music artist Seu Jorge on the single "That's My Way."

Edi Rock Is A Member Of