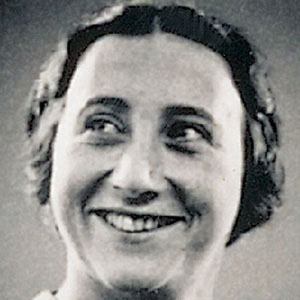 Holocaust victim and the mother of Anne Frank. She died at the age of forty-four at the infamous Auschwitz concentration camp.

She and her three siblings were born into a wealthy Jewish family in Aachen, Germany.

She met her husband in 1924 and married him the following year.

She and her husband, Otto Frank, had two daughters, Margot and Anne.

Her days of living in hiding were captured in the writings of her daughter Anne Frank.

Edith Frank Is A Member Of