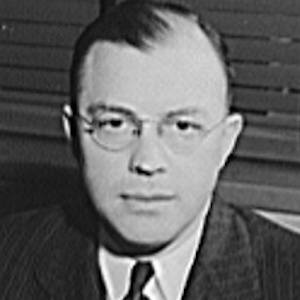 After earning his bachelor's degree from Kansas State University, he became the United States Department of Agriculture's Director of Information and later held an executive position with the War Relocation Authority.

In 1980, he agreed to be the vice-presidential candidate on the Independent presidential ticket of U.S. Congressman John B. Anderson.

Born into poverty in Abilene, Kansas, he was the second son of Elizabeth and David Eisenhower. With his wife Helen Elsie Eakin, he raised children named Milton Jr. and Ruth.

He served as an advisor not only to his famous brother, but also to later presidents John F. Kennedy and Lyndon B. Johnson.

Milton Eisenhower Is A Member Of