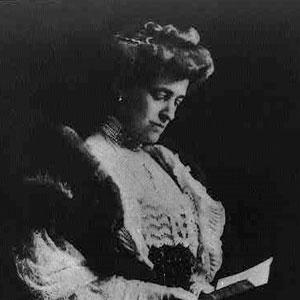 American novelist whose best known works include The Age of Innocence (1920), Ethan Frome (1911), and The House of Mirth (1905). Her popular novels, known for their dramatic irony, earned her the Pulitzer Prize and multiple Nobel Prize nominations.

She was a successful garden and interior designer. Her first published work, in fact, was an 1897 book called The Decoration of Houses.

She was the first woman to win a Pulitzer Prize.

She and her two brothers were born into a prominent New York City family. In 1885, she married Teddy Robbins Wharton, who increasingly suffered from severe mental illness. The couple divorced in 1913.

She and W.E.B. DuBois were both acclaimed American authors.

Edith Wharton Is A Member Of