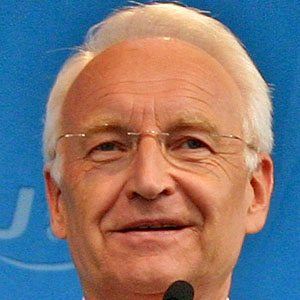 He repeated a year of high school for failing Latin.

He resigned from his positions as Minister-President and Chairman after coming under fire from his own party for anti-East German remarks.

He has children named Constanze, Veronica, and Dominic.

He is known for being a strong supporter of Russian President Vladimir Putin.

Edmund Stoiber Is A Member Of