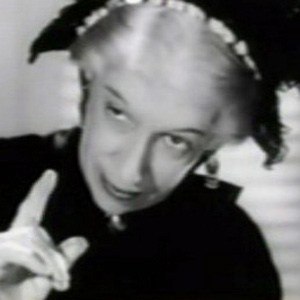 Stage and screen actress who appeared in Broadway productions of Oh, Boy! and Show Boat.

Prior to becoming a stage and film actress, she was a pianist with an all-female orchestra.

In 1939, she was nominated for an Oscar Award for her role as Mrs. McKlennar in the film Drums Along the Mohawk.

She was the daughter of Ida May and Charles Edward Nutter.

She appeared with Henry Fonda in Drums Along the Mohawk.

Ednamay Oliver Is A Member Of