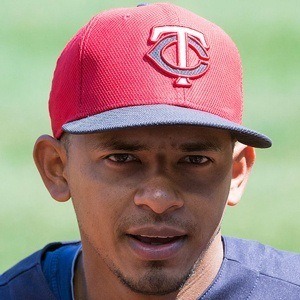 Professional utility infielder known for his time in the MLB with the Minnesota Twins. He was traded to the team in 2012 after coming up with the Chicago White Sox.

He made his MLB debut in September 2011 with the White Sox, appearing in nine games.

He earned his green card in June 2017. He signed a contract extension with the Minnesota Twins in December 2016.

He is married with five children.

He was traded from the White Sox to the Twins in 2012 as part of a package deal for Francisco Liriano.

Eduardo Escobar Is A Member Of