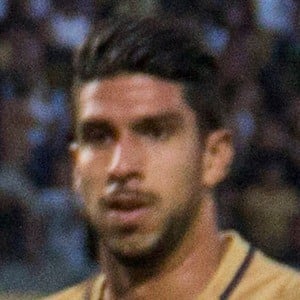 He started playing with the Mexican National Team in 2015, scoring a goal on his first touch for the team.

He grew up in Mexico City, Mexico. His full name is Eduardo Herrera Aguirre.

He and Fidel Martinez have been teammates on UNAM.

Eduardo Herrera Is A Member Of