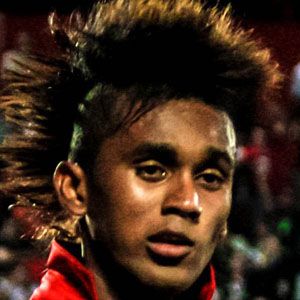 Ecuadorian midfielder who joined Club Tijuana in 2012 after spending two years with Deportivo Quito. He became a member of the Ecuadorian national team in 2008.

He started playing soccer with a youth team in Ecuador, Caribe Junior, prior to landing a professional contract.

In 2008, he scored the winning goal for Ecuador against Iran in a playoff game.

He was born in Shushufindi, Ecuador.

He joined Antonio Valencia on the Ecuadorian national team in 2008.

Fidel Martínez Is A Member Of