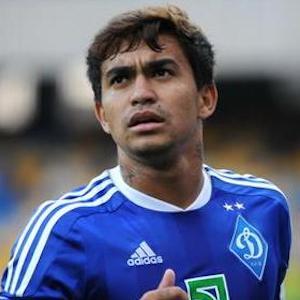 Brazilian attacking midfielder and forward who has played for such teams as Palmeiras and Al-Duhail.

While playing for the Brazil national team, he was able to win the FIFA Under 20 World Cup in 2011.

His full name is Eduardo Pereira Rodrigues. He was born and raised in Goiânia, Brazil.

As a member of the Brazil national team, he can be seen in relation to other players for the team including Cafu, Roberto Carlos, Robinho, and Ronaldo.

Dudu Is A Member Of