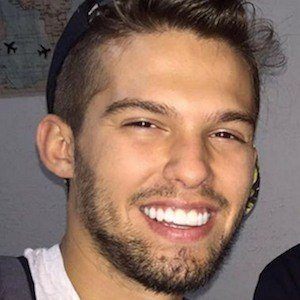 Radio host and YouTuber who is known for his work in Brazil writing for the blog Boy's Life. He began posting videos to his eponymous YouTube channel in September 2008.

He began his career in entertainment in 2009. Editors from Boy's Life Magazine discovered his commentary on Twitter and hired him soon after.

In 2010, he was hired as the host of the MTV Brazil radio program MTV Drops. In 2012, he began hosting the Brazilian TV Network! gameshow Teen Station.

He was born and raised in Sao Paulo, Brazil. His father, Emilio, has also served as a long-standing radio host.

Through his hosting jobs, he's interviewed such celebrities as Harry Styles.

Eduardo Surita Is A Member Of