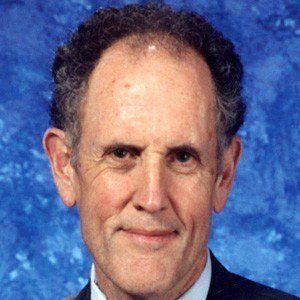 Politician and Democrat who was a United States Senator from Delaware from 2009 to 2010. He served as an advisor to Vice President Joe Biden for most of his career.

He was raised as a Catholic and earned a Bachelor of Science degree in mechanical engineering from Duke University, as well as a Master's degree of Business Administration from Wharton School of the University of Pennsylvania.

He moved to Delaware in 1966 and planned to work as an engineer.

He married his wife, Lynne, in 1960 and together they had three daughters, Kelly, Murry and Meg, along with seven grandchildren.

He took over Joe Biden's seat for Senator when he went on to become Vice President of the United States in 2009.

Edward E. Kaufman Is A Member Of