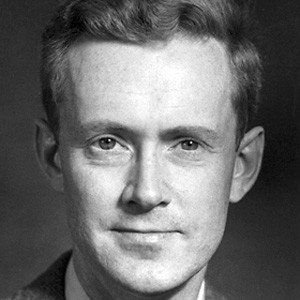 Physicist known for his work in Nuclear magnetic resonance, which has been used to study the molecular structure of pure materials. He served as science advisor to Presidents Dwight D. Eisenhower, John F. Kennedy, and Lyndon B. Johnson and he was awarded the National Medal of Science in 1979.

He attended Harvard University after receiving his BSEE in electrical engineering from Purdue University.

He was a member of the National Academy of Sciences and he shared the 1952 Nobel Prize for Physics for his independent discoveryof nuclear magnetic resonance in liquids and in solids, which he published 1946.

He resided in Massachusetts until his death.

He served as an adviser for Dwight Eisenhower .

Edward Mills Purcell Is A Member Of