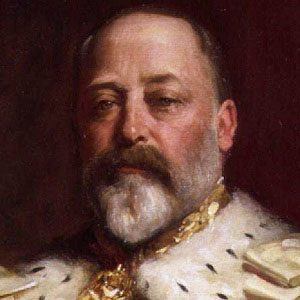 Born Albert Edward and later known as both Emperor of India and King of the United Kingdom, this late 19th-century English royal played a key role in re-organizing both the British Army and the British Home Fleet.

Before ascending to the throne, he studied at the University of Edinburgh; Christ Church, Oxford; and Trinity College, Cambridge.

He attained some degree of infamy for his playboy ways; throughout his marriage, he had mistresses and frequented brothels.

He was the second child born to Queen Victoria and Prince Albert. His marriage to Princess Alexandra of Denmark resulted in six children, including George V and Maud, Queen of Norway.

In his early years, he traveled to the United States and stayed for several days in the James Buchanan White House.

Edward VII Is A Member Of