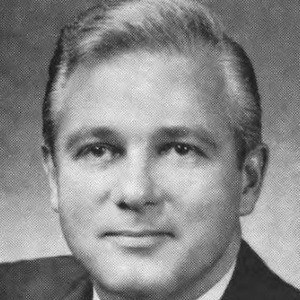 50th Governor of Louisiana for four terms who was in a Federal Prison from 2002 to 2011 following his conviction on racketeering charges.

He served in the U.S. Navy Air Corps near the end of World War II, and preached for the Marksville Church of the Nazarene before getting his law degree from Louisiana State University Law Center and practicing law in Crowley.

He has served twice as many elected terms as any other Louisiana chief executive and he has the sixth longest serving gubernatorial tenure in US history.

In October of 2013 The Governor's Wife, a reality television series starring him and his third wife Trina, who is fifty years his junior, premiered on A&E. Trina is his third wife. He has five children: Anna, Victoria, Stephen, David, and Eli Wallace.

President Barack Obama refused to pardon him while he was serving time in a federal prison.

Edwin Edwards Is A Member Of