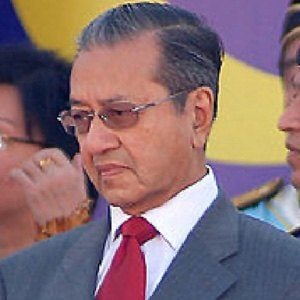 Became Malaysia's fourth and seventh Prime Minister; he held office from 1981 to 2003; and again in 2018 following the General Election. His early years as Prime Minister were marked by great economic and infrastructural growth in Malaysia.

He studied to be a physician and worked as a government doctor prior to beginning his political career with the United Malays National Organisation (UMNO).

He met his wife, Siti Hasmah Mohamad Ali, while the two were both medical students at Singapore's King Edward VII College of Medicine. They married following graduation and had four biological and three adopted children.

Like him Najib Razak was the Malaysian Prime Minister (the sixth).

Mahathir Mohamad Is A Member Of