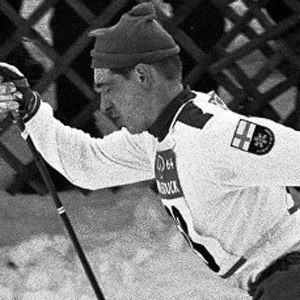 Finnish cross-country skier and three-time Olympic gold medalist, he won the 4 x 10 km in Squaw Valley and the 15 and 30 km in Innsbruck.

He won his first medal at the 1960 Olympics.

He tested positive for amphetamine at the 1972 National Championships.

He won silver and bronze at the 1968 Olympics where alpine skier Jean-Claude Killy took 3 golds.

Eero Mantyranta Is A Member Of