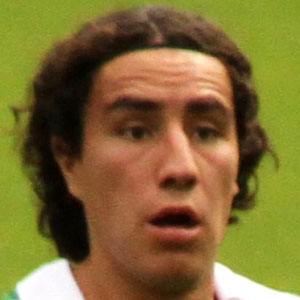 Known for his work with the Monterrey, Universidad Nacional, Celtic, and America football clubs, this Mexican soccer right back and defensive midfielder scored an international goal against El Salvador in the 2011 CONCACAF Gold Cup.

He began his professional youth soccer career at the age of thirteen and, in his late teens, helped his Mexico National team win 2005's Under-17 World Championship.

He was born and raised in Mexico City as the son of Felix Juarez.

He and Guillermo Ochoa both played for the Mexico National and America soccer clubs.

Efraín Juárez Is A Member Of