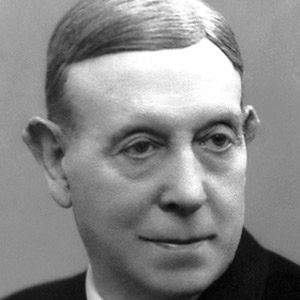 Neurologist who developed cerebral angiography, which provides images of blood vessels in and around the brain, in 1927. He received the 1949 Nobel Prize for Physiology or Medicine making him the first Portuguese national to receive the award.

He studied medicine at the University of Coimbra before becoming a professor in 1902.

He created the lobotomy procedure, where in a surgeon would scrape away most of the connections to and from a patients prefrontal cortex.

He was raised in Avanca, Estarreja.

He won the 1949 Nobel Prize for his contributions to science, the same year William Faulkner won the award for literature.

Egas Moniz Is A Member Of