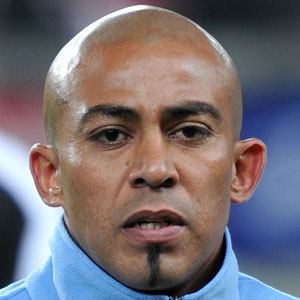 Defensive midfielder known as "El Cacha" and "El Pequeno Gigante" who became a member of the Uruguayan national team in 2006.

He debuted professionally for Paysandu Bella Vista in 2000.

He appeared in 108 matches for Bella Vista between 2002 and 2006, then went on to play for Penarol and Monterrey amongst other clubs.

He was born in Paysandu, Uruguay.

He and Diego Forlan became teammates on the Uruguayan national team.

Egidio Arevalo Is A Member Of