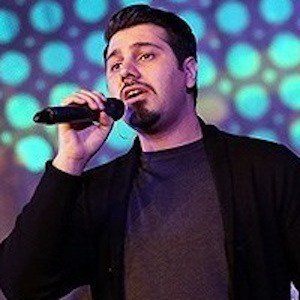 Iranian singer known for such pop albums as Salame Akhar, Baraye Avalin Bar, and Asheghaneha. He performed the anthem of the Iranian football team during the FIFA World Cup competition of 2014.

Several of his singles, including "Emshab Shabe Mahtabe" ("The Moon is Shining Tonight") were prominently featured in Iranian films.

He grew up as the son of Iraj, otherwise known as Hossein Khajeh Amiri, a traditional music singer in Iran. At his father's behest, he decided to pursue a career in music.

Amiri and fellow singer Sami Yousuf were both born in Tehran, Iran.

Ehsan Khajeh Amiri Is A Member Of