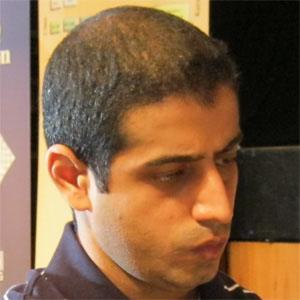 He was the Iranian Men's Champion at the age of 14.

He holds the Guinness World Record for most consecutive chess matches with over 600 in 25 hours.

He learned chess from his father at the age of eight.

He and Amon Simutowe are fantastic representations of Chess masters who are not from Europe.

Ehsan Ghaemmaghami Is A Member Of