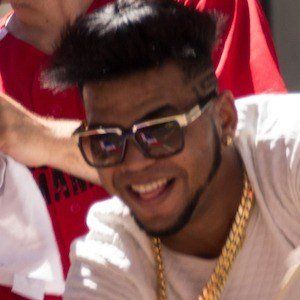 Singer and songwriter who is known for his contributions to the music scene throughout the Dominican Republic. His first release, Gucci, came out in 2012. He's also known for the singles "Minor Ratata" and "Choki Choki."

He began recording and writing his own music at age 14. He also left his family at this time to further focus on his music career.

He has been signed with Gran Velero Records.

His urban-reggae sound is often compared to that of Daddy Yankee.

El Mayor Clásico Is A Member Of