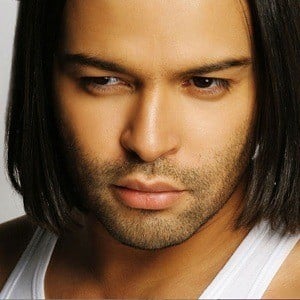 International singer-songwriter and dancer who reached iconic status for his hit "Morena," which was the Coca-Cola campaign song. Subsequently, his hit "Gnaouitone" was used in a marketing campaign for a leading Moroccan telecommunications company. He founded the production company, EJ Productions and the Platinum Music company.

He grew up performing in front of his family and started teaching dance at the age of six. He started his own dance academy at the age of 17.

He became the first Moroccan spokesman for Coca-Cola with his hit "Morena."

He was born in Casablanca, Morocco, and raised in Geneva, Switzerland.

He was influenced by the likes of Michael Jackson and Stevie Wonder.

Elam Jay Is A Member Of