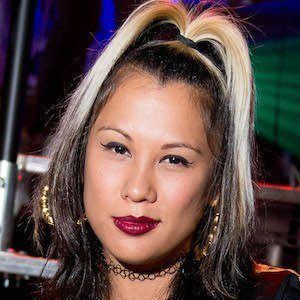 Best known for her appearance on the reality competition TV series American Idol and her subsequent solo singing career. She finished in 9th place during the series' third season in 2004.

She worked at a local IHOP in the Philippines that her parents owned prior to releasing her first single. She auditioned for American Idol's third season in 2003 in Honolulu, Hawaii.

On October 31, 2014, she released her debut EP Dub Stop. In the decade between its release and her American Idol appearance, she released five singles.

She was born and raised in Makarti City, Philippines.

She appeared alongside Fantasia Barrino, the eventual winner, during the third season of American Idol.

Eli-Mac Is A Member Of