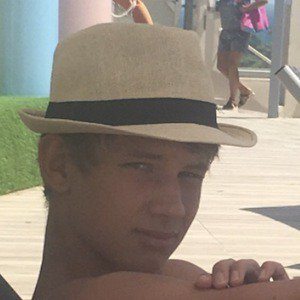 Freerunner and parkour athlete who has earned more than 650,000 subscribers for his collaborative YouTube channel Stunt SWE. Their videos would be watched more than 173 million times and often pitted two very different characters or professionals against one another in free-running situations.

His videos "MICHAEL MYERS VS PARKOUR | HALLOWEEN MOVIE" and "SLENDERMAN VS PARKOUR IN REAL LIFE" combined for nearly 30 million of the total 83 million views the channel has accumulated.

His partner on Stunt SWE is Sebastian Arlock.

Elias Einarsson Is A Member Of