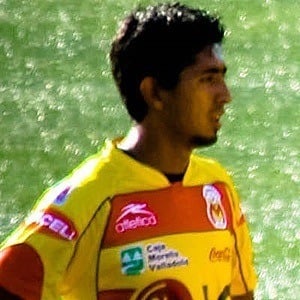 Mexican midfielder best known for his time in the Liga MX, where he's played for Morelia, Pachuca, Tigres, and León. He has also been called upon to play for Mexico's national soccer team.

He made his professional debut in an October 2007 match.

He scored his first goal at the international level in a match against Columbia in 2010.

He is from Morelia, Mexico.

He has played with Mauro Boselli on León.

Elías Hernández Is A Member Of