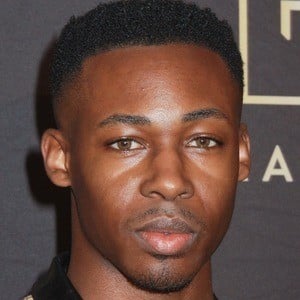 Actor who rose to widespread prominence following his portrayal of young Cottonmouth on the Netflix series Luke Cage in 2016. He appeared in two episodes during the series' first season.

He earned his first on-screen acting credit in 2011. He appeared in an episode of The Electric Company.

He starred in the 2017 Netflix film Coin Heist alongside Sasha Pieterse.

Elijah Boothe Is A Member Of