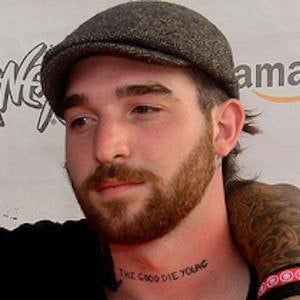 American metal singer who is best known as a member of the band Cane Hill. His band released the album Smile in 2016.

One of his band's earliest releases was their self-titled EP in 2015.

His band participated in the 2016 Vans Warped Tour.

His band has toured with Bullet for My Valentine, a band which has been fronted by Matthew Tuck.

Elijah Witt Is A Member Of