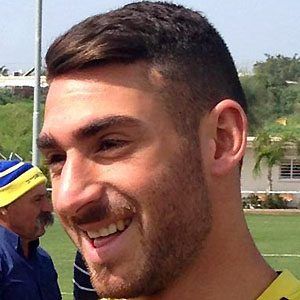 He spent six years with Briel Yehuda, where his goals were frequently replayed on sports shows, and he distinguished himself as the top scorer for the 2008-09 season in the Israel Premier League.

In 2010, after joining Maccabi, he became the team's top scorer and was voted Player of Match after two incredible goals in a Europe League game.

He was born in Tel Aviv, Israel.

He joined Yossi Benayoun on the Israeli national team in 2012.

Eliran Atar Is A Member Of