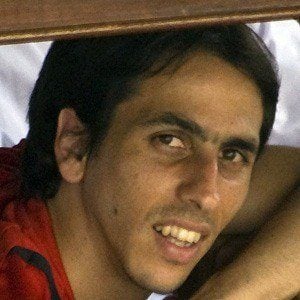 Midfielder who began his career in the Israeli leagues, then went on to play for Chelsea from 2010 to 2013 before joining the Queens Park Rangers in 2013.

He had to hitchhike 60km with his father to make training with Hapoel Be'er Sheva during his youth career.

He was chosen to lead the Israeli team in international competitions in 1998.

He met Mirif, the mother of his two children, in his hometown of Dimona, Israel.

He was once called by The London Times, the most promising youngster in world football alongside Michael Owen.

Yossi Benayoun Is A Member Of