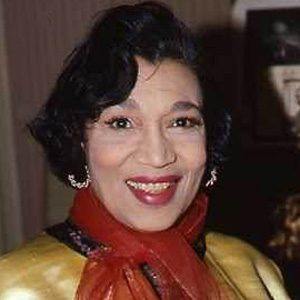 Stage actress who earned a 1986 Tony nomination for her starring role in Jerome Kern Goes to Hollywood. A popular jazz and cabaret singer, she was best known for her renditions of "Love for Sale" and "Stormy Weather."

She started singing in a church choir when she was eight years old.

She appeared in Broadway productions of Liza, Chocolate Dandies, Running Wild, and The New Yorkers.

She married Luke Smith in 1928. Though born in America, she lived in England for much of her adult life.

She appeared in Big Fella, a 1937 film that also featured Paul Robeson.

Elisabeth Welch Is A Member Of