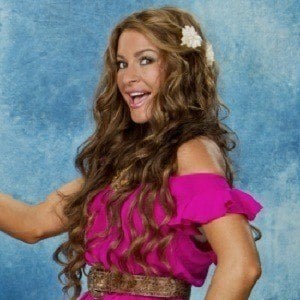 Reality star best known for competing on Big Brother 15. She won $25,000 for being the Fan Favorite of the season, despite failing to win the overall competition.

She worked as a cosmologist, nutritionist, and yoga instructor before joining Big Brother 15.

She and husband Brent welcomed sons Reilly and Bruce. She was born in Concord, North Carolina but later moved to Kannapolis.

She competed with Big Brother winner Andy Herren in season fifteen of the show.

Elissa Slater Is A Member Of