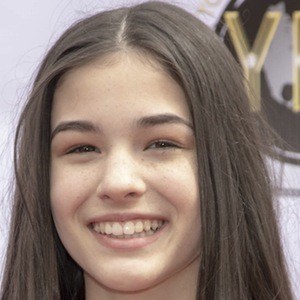 Notable for her brief appearances in The Twilight Saga: Breaking Dawn - Part 2, Faria is also known for her guest spots on episodes of Fringe, Witches of East End, and Psych.

She appeared in her first television commercial when she was just two years old.

She acted in a made-for-TV movie about the life of Harry Potter author J.K. Rowling.

She and her sister Mikayla were born and raised in British Columbia, Canada.

Eliza Faria Is A Member Of