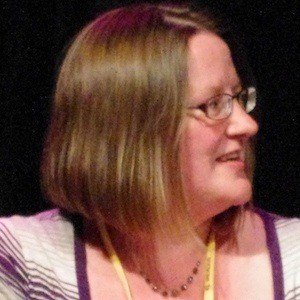 Fiction writer known for her various series, including the Jacob's Ladder and Jenny Casey trilogies, as well as her extensive catalogue of short fiction. She's won two Hugo Awards as well as the John W. Campbell Award for Best New Writer.

Prior to publishing Hammered, her first novel, in 2005, she held a number of odd jobs, both in and out of media.

Lines from her book Seven for a Secret were directly quoted in the opening of an episode of season six of Criminal Minds. She's also won Hugo Awards for her work on SF Squeecast.

Her full name is Sarah Bear Elizabeth Wishnevsky. She and Scott Lynch got engaged in 2015 and wed the following year.

She and CJ Cherryh have both won the John W. Campbell Award for Best New Writer as well as multiple Hugo Awards.

Elizabeth Bear Is A Member Of