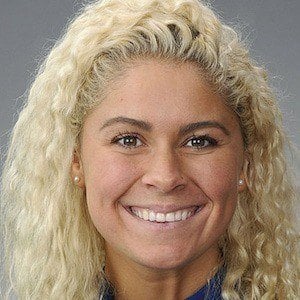 American backstroke swimmer who won a silver and bronze at the 2012 London Olympics.

She made her international competition debut at the 2007 World Championships at age 14.

She won her first World Aquatics Championship gold medal in 2011.

She has a brother named Danny.

She, like Michael Phelps, earned multiple Olympic medals for the U.S. in 2012.

Elizabeth Beisel Is A Member Of