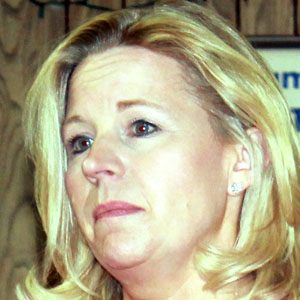 Former Fox News political analyst and the daughter of vice presidential parents. She assumed office as a member of the U.S. House of Representatives for Wyoming's at-large congressional district in 2017. From 2019 until 2021, she chaired the House Republican Conference.

In 1996 she graduated from the University of Chicago Law School.

She was a cheerleader in high school. She has garnered over 470,000 followers on Twitter, where she posts primarily political content.

She has five children with her husband Philip Perry.

She is the eldest daughter of former U.S. Vice President Dick Cheney.

Elizabeth Cheney Is A Member Of