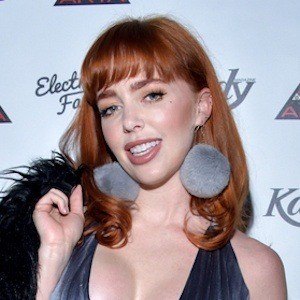 Actress, model, and Instagram star who is known for her variety of outfits and styles. She is also known for consistently appearing at Hyde Lounge in Los Angeles.

She first began posting pictures to her Instagram in March of 2013.

She can be seen attending a variety of fashion events including the Nights Watch fall preview at The Argyle Hollywood in September of 2017.

Elizabeth Deo Is A Member Of