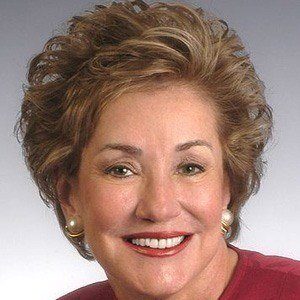 She was a student teacher at Melrose High School while she simultaneously pursued her Master's from Harvard.

She served in the senate under and .

She married Senator in December 1975.

She served in the Ronald Reagan administration as the 8th United States Secretary of Transportation.

Elizabeth Dole Is A Member Of