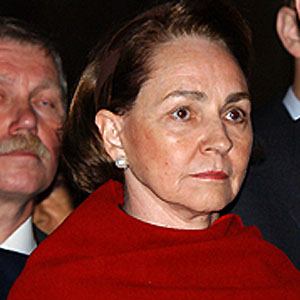 Wife of Canada's twentieth Prime Minister, Jean Chrétien, whom she married in 1957. She was a key advisor in his administration and he often sough her advice on important government matters.

She was born to a working-class family and is the eldest of six children.

She could speak fluent Italian, Spanish, English, and French.

She married lawyer Jean Chrétien on September 10, 1957 and they had two sons and one daughter together.

She met her husband and future PM Jean Chretien on the bus when they were both thirteen; they married at twenty-one.

Aline Chretien Is A Member Of