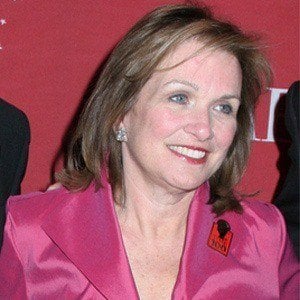 Deceased wife of former US Senator from North Carolina and the 2004 Democratic Vice-Presidential nominee John Edwards. She was forced to battle cancer and her husband's infidelity in the final years of her life.

She was exposed to death early, as many of her friends' fathers were killed in combat during the Vietnam War.

She influenced her husband to be more open-minded, even making him reevaluate his stance on gay marriage and the war in Iraq.

She was married to 2004 U.S. Democratic vice-presidential nominee John Edwards from 1977 to 2010 and gave him four children: Wade, Cate, Emma, and Jack.

She stood by her husband John Edwards' side after it came to light that he had fathered another woman's child.

Elizabeth Edwards Is A Member Of