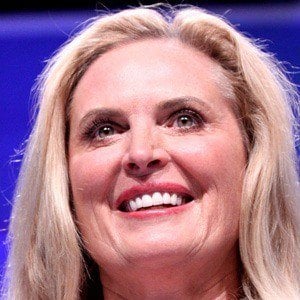 Former First Lady of Massachusetts and wife of 2012 Republican presidential nominee Mitt Romney. She is also an avid equestrian who has received recognition in dressage as an adult amateur at the national level.

She met Mitt Romney while still in high school; the couple would be married in 1969.

She was diagnosed with multiple sclerosis and has been an advocate for the National Multiple Sclerosis Society ever since.

Her husband ran for President of the United States in 2012 but lost to Barack Obama.

Ann Romney Is A Member Of