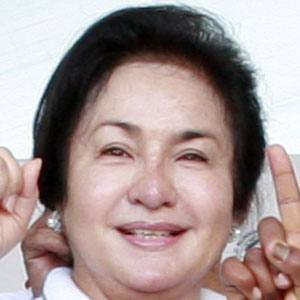 Wife of Malaysia's sixth prime minister Najib Razak, who assumed office in 2007. She is also known for her work on humanitarian issues around the world.

A strong believer in her nation's youth, she was a key figure in the national PERMATA movement to expand childhood education.

She was Najib Razak's second wife; the two wed when he was still the Deputy Youth Chief of Malaysia's UMNO party.

In 2010 she took part in the inaugural First Ladies Summit in Malaysia, focusing on improving the lives of children; the summit was praised by UN Secretary General Ban Ki Moon.

Rosmah Mansor Is A Member Of