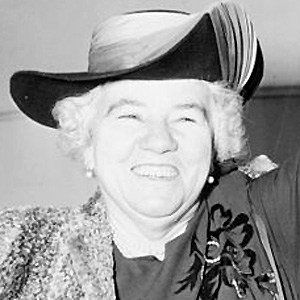 Creator of the science of physical therapy who was one of the first to propose, counter to conventional wisdom, exercising to counter the effects of polio. The Sister Kenny Rehabilitation Institute in Minneapolis is named in her honor.

She served as a nurse in the Australian outback and then in WW I, switched to researching polio after an epidemic in Queeensland.

Her suggestion that the polio virus affected the muscles rather than the nerves was deemed wrongheaded in Britain, but was well received in the U.S., where her experiments supported her idea.

She was born in Warialda, New South Wales, the daughter of Michael Kenny, farmer from Ireland.

Until Jonas Salk introduced his vaccine against the debilitating disease, her physical therapy method provided the best source of relief from symptoms.

Elizabeth Kenny Is A Member Of