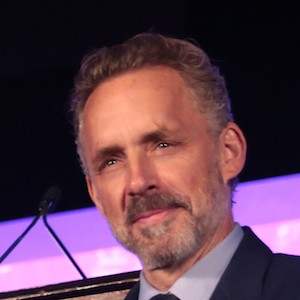 Clinical psychologist who has gained fame for his expertise on the psychology of religious and ideological belief while a professor at the University of Toronto. His second book 12 Rules for Life was published in January 2018, and topped the Washington Post and Wall Street Journal's non-fiction best-seller lists.

He earned his bachelor's degree in political science from the University of Alberta in 1982. He subsequently traveled Europe for a year, where he garnered interest in political psychology, and gained his master's in psychology in 1984.

He began recording his lectures and publishing them to his self-titled YouTube channel in 2013, and has since gained more than 4.3 million subscribers. His first book Maps of Meaning's audiobook debuted on The New York Times audio non-fiction best-seller list in July 2018.

He appeared on Joe Rogan's podcast in 2018 to discuss his views on psychology and political correctness.

Jordan Peterson Is A Member Of