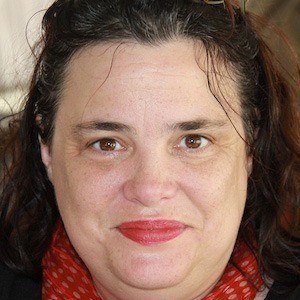 Award-winning fiction writer known for her novels Here's Your Hat What's Your Hurry, The Giant's House, and Niagara Falls All Over Again. She also wrote the memoir An Exact Replica of a Figment of My Imagination.

After attended an undergraduate and graduate degree in English from Boston University, she attended the University of Iowa's famed MFA program. She published her first novel in 1993.

She's taught at Western Michigan University and the University of Oregon. Her short story collection Thunderstruck won the 2015 Story Prize.

She has two children with fellow novelist Edward Carey and has a brother named Harry.

She's worked as an editor for Ann Patchett.

Elizabeth McCracken Is A Member Of