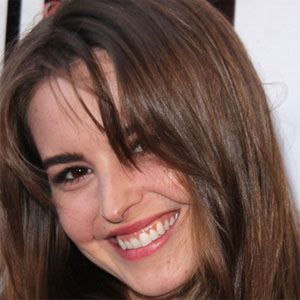 American actress who won the Grand Jury Award at the 2008 Solstice Film Festival for Best Actress for her role in the film From Within. She has appeared on TV in shows like Boston Public and Without a Trace.

She had her first role as Liz in the 1997 series Sour Milk.

She had a recurring role as Amy Owens in the television series Peacemakers in 2003.

Elizabeth Rice Is A Member Of