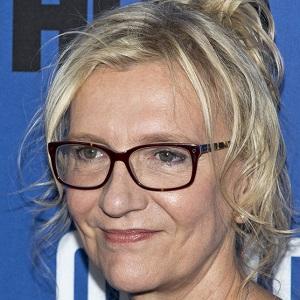 A Pulitzer Prize-winning American novelist, she is best known for Olive Kitteridge, a 2008 short story collection. Her other works include Abide with Me (2006) and The Burgess Boys (2013).

She earned a law degree from Syracuse University. After moving to New York City, she wrote stories for such magazines as Seventeen and Redbook.

She received her undergraduate degree from Bates College.

The daughter of teachers, she was raised in both Maine and New Hampshire. She married Maine Attorney General James Tierney.

Her 1998 novel, Amy and Isabelle, was made into a television movie starring Elisabeth Shue.

Elizabeth Strout Is A Member Of