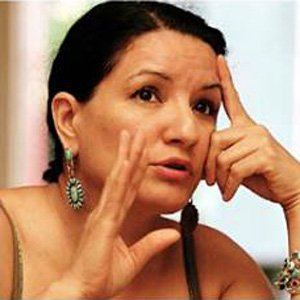 Author whose works of Chicana literature include the award-winning, coming-of-age novel, The House on Mango Street (1984), and the short story collection, Woman Hollering Creek and Other Stories (1991). She was the recipient of both the Clay McDaniel Fellowship and the American Book Award.

She wrote her first poem at the age of ten and was encouraged by her high school teacher to pursue a writing career. She published her debut work, Bad Boys, in 1980.

She was an important figure in Chicana literature, and she established both the Macondo Foundation and the Alfredo Cisneros Del Moral Foundation.

She was born in Chicago to a Mexican-American family and was the only surviving girl in a family of seven children. She is the daughter of Alfredo and Elvira Cisneros de Mora.

Like Sinclair Lewis, she was a social critic as well as a novelist.

Sandra Cisneros Is A Member Of